When Atlantis is struck by a U.S. Naval missile gone awry, Atlantis--led by Aquaman's brother Ocean Master--attacks the East Coast of the United States flooding its major cities such as Boston, Metropolis, Gotham City and several others.

The Justice League comes together to help Aquaman turn back the tide, but they soon learn that they are woefully overmatched by the Atlantean Army, and must find a way to save the world from total annihilation.

Justice League (2011-2016)
Comics superstars Geoff Johns (GREEN LANTERN) and Jim Lee (BATMAN: HUSH) unite for the first time to tell the bold beginning of the DC Universe's premier super team! The dawn of the age of heroes has begun! Learn how the Justice League formed and what launched them as the greatest team in the DCU! 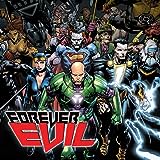 Forever Evil (2013-2014)
Spinning out of the events of "Trinity War," the Justice Leagues have been destroyed--and evil has inherited the Earth! The first universe-wide event of DC Comics--The New 52 begins! 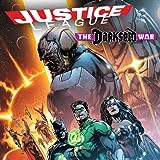 Justice League of America (2013-2015)
Green Lantern! Green Arrow! Catwoman! Katana! Vibe! Hawkman! Stargirl! They aren't the world's greatest super heroes--they're the most dangerous. But why does a team like the JLA need to exist? Writer Geoff Johns brings readers the answer with this JUSTICE LEAGUE (2011- ) spin-off series!