The world is a dangerous place, and sometimes you need heroes who are equally dangerous. When a specific threat needs to be dealt with and the Justice League is just too large to tackle it, the United Nations needs a special task force—the Justice League Task Force!

Led by Hannibal Martin, a United Nations ambassador and strategist, and handpicked by their field leader, the Martian Manhunter, the Justice League Task Force is charged with dealing with specific threats that the U.N. would prefer just disappear. Be it disposing of misguided freedom fighters and their sonic death weapon or protecting the United States from the bioengineered plague of the Aryan Nation, the Justice League Task Force is ready for action!

Justice League Europe (1989-1993)
Spinning out of the pages of JUSTICE LEAGUE OF AMERICA (1987-1996) comes the Justice League of Europe! Featuring the same tongue-in-cheek humor of its parent series, the European Leaguers battle threats great and small--from super villains to super team squabbles. 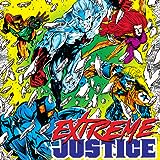 Extreme Justice (1995-1996)
In the wake of the events of ZERO HOUR that shattered the Justice League, Captain Atom, Maxima, Blue Beetle, Booster Gold, and the new Amazing Man have re-formed to battle evil by their own rules. They'll do what needs doing--and Heaven help anyone who gets in their way. 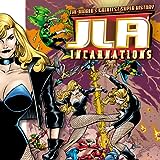 JLA: Incarnations (2001-2002)
The generations-spanning miniseries begins! In the earliest days of the original JLA, the new team tries to pull itself out from under the shadow of the venerated Justice Society of America. Unfortunately, this proves to be impossible when the world suffers an attack from the mysterious sorcerer known as Wotan!