Five deadly assassins are recruited into a game of cat and mouse by their former sensei, the mysterious Jonin. Trained to channel their "ki" to perform superhuman feats in the shadow wars between the secret agencies of the world, these agents of death will team up to compete for the ultimate prize…life itself. Brought together to find the secret of immortality, these lethal weapons will have to face a murderous gauntlet and each other in order to win what they desire most.

From thrilling writer B. Clay Moore (SAVAGE) and energetic artist Fernando Dagnino (Suicide Squad) comes a nonstop thrill ride as the deadliest superspies on the planet compete to claim the ultimate prize. 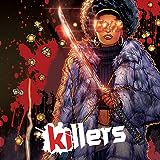 Killers (2019-)
They were the best...they killed the rest. Five deadly assassins are recruited into a game of cat and mouse by their former sensei, the mysterious Jonin! But what does the Jonin want from them, and what do they gain out of helping him? Thrillig writer B. Clay Moore (SAVAGE, Hawaiian Dick) and exceptional artist Fernando Dagnino (Superman, Suicide Squad) come together for a non-stop thrill 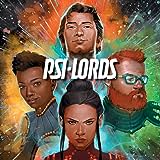 Psi-Lords (2019-)
The Psi-Lords make their debut in the modern-era Valiant Universe in a brand-new ongoing series! But WHO are they? And where they heck are they?! Prepare for a cosmic adventure like no other! Seriously, it's wild stuff. 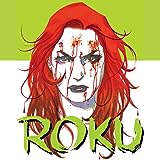 Roku (2019-)
How many lives must the lethal assassin Roku take in her first series? Killing her way around the globe, the deadly weapon called Roku will face a challenge she can't simply execute. Being bad has never been so fun. 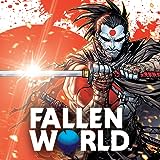 Fallen World (2019-)
In the year 4002, a cyborg samurai named Rai struggles to find his morality, while the nanite-filled supersoldier Bloodshot is on a mission to save the citizens of Earth. Will they work together for the greater good? All signs point to no. Oh, and did we mention there are also dinosaurs on the loose and powerful animal-human hybrid mutants? Good luck with that, Rai. Love smart sci-fi and eng 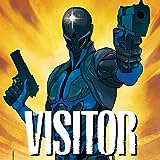 The Visitor (2019-)
"Unstoppable. Untraceable. Unkillable. This is how he changes the world… Who is the Visitor? Why are the leaders of the world terrified of him? And will they live long enough to find out?"