The Truth is Worth Fighting For.

As a child, James Bellyi watched his father die in the ring as payback for slurs he threw at his opponent. Today, James is a Mixed Martial Arts star at the top of his game, and one of the most popular fighters in the world…until he’s outed as gay in his title shot press conference.

Abandoned overnight by his training camp, his endorsements, his fans and his sport, to regain his title shot, Bellyi is forced to turn to the last person he ever wanted to see again: Xavier Mayne, a gay, once-fighter in his own right…and the man James watched kill his father. 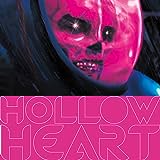 Hollow Heart
EL used to be human. Now he’s a jumble of organs in a bio-suit. El is also in tremendous pain and has been for a very long time. Hope arrives in the form of Mateo, a mechanic brought in to work on EL’s suit. Mateo sees EL in a way no one else ever has. And what’s more: Mateo offers EL an escape. Hollow Heart reunites Tet creators Paul Allor and Paul Tucker for a queer monster love story a 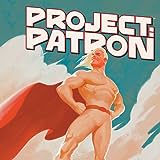 Project Patron
Thirty years ago, the world watched in horror as THE PATRON, a hero sent as humanitarian aid from a different dimension, went punch for punch with WOE, a primordial beast and a perfect match for our mighty protector. In the end, hero and villain alike fell…but the Patron returned – and continues to defend us to this day! At least, that’s what we’ve all been told. The truth is, the P 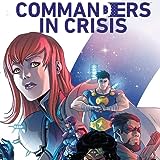 Commanders In Crisis
The last survivors of the Multiverse live among us under new, superheroic identities, five survivors of doomed worlds...taking a second chance to ensure our world lives on. A new twist on strange superhero comics, with a bleeding-edge eye on the modern moment, COMMANDERS IN CRISIS follows in the footsteps of Doom Patrol and Thunderbolts as five unexpected heroes come together to solve a murder unl 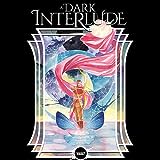 A Dark Interlude
After the stunning success of Fearscape, comes A Dark Interlude, the story of—No! The only offence to literature greater than the loathsome synopsis is the sequel. I will not stand idle while some poor excuse for an editor mangles and confuses my story, which is intact, perfect, and concluded, with this derivative drivel. Mark my words, this nonsense has nothing to do with my tale. I am not in i