A new historical comic book about a troubled, hectic decade of Central-European history, created by Levi and Sinonimo

About the story
in 1030, AD, Central Europe was dominated by two vast powers, the Holy Roman Empire of the Germans and the Byzantine Empire. The Austrians, Poles and Czechs were fighting for their independence. But the arrival of the half-nomadic Hungarians to the Carpathian Basin changed everything. These annoying newcomers, called the Magyars, the descendants of the feared conqueror, Attila, the Hun were looting, interfering in the clashes between German kings, and becoming more and more powerful. So the Kaiser, Konrad II decided to teach a lesson to the impertinent neighbors; he sent his son, the crown prince Henrik with the best German knights to invade the Hungarian Kingdom.
See More See Less 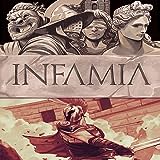 Infamia
Before Rome was an empire, it was a city and a people born from legend. The Roman kings began a legacy of triumph and conquest that would last for centuries. However, as they grew in power, the priests of the city realized the danger of their tyranny. Members of the secretive Cult of Angerona dedicated their lives to serve as the city's protectors. Men and women from the underbelly of Roman societ 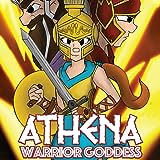 Athena Warrior Goddess: One Shot
This is the story about a Goddess but not any Goddess. It's story about Athena, the Greek Goddess of Wisdom and Strategy. This is her origin story and how her myth was forged and how the Greek world would come to love her and fear her. 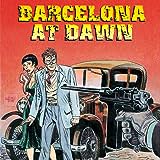 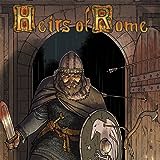 Heirs of Rome
King Chlodio Long-Hair is assembling an army to invade Gaul. Alongside him is the greatest warlord of the Franks, who has a son named Rocco. Fifty years later he would be known as Count Rocco, Raven of the North. A man who would unite the Frankish kingdoms from a bunch of shivering fingers into a fist of iron.