After spending thirteen years in a war that made him a monster, a Chinese gunslinger named Kingsway Law just wants to live in peace with his wife, Sonia. But even in a fantastical Old West crackling with magic, a man of his skills can never quite disappear. So when a woman with a red-gold sword brings bloody chaos to his doorstep, Kingsway must fight for his life, his wife, and his very soul.

Brain Boy
Ambushed while protecting an important statesman, Matt Price, a.k.a. Brain Boy, finds himself wrapped up in political intrigue that could derail a key United Nations conference and that sets the psychic spy on a collision course with a man whose mental powers rival his own! Collects Brain Boy #0-#3. * New York Times bestseller Fred Van Lente (Archer,Armstrong). • Art by R. B. Silva (Supe 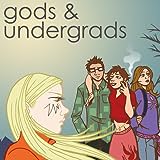 Gods & Undergrads
A slice-of-life story about a girl at college discovering that her relatives mayyyyy just be gods of Greek Mythology. Of course, they just happen to decide to contact her just when she's made new friends and found some love. Worst timing ever! 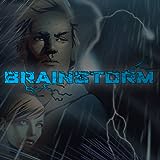 Brainstorm
WHEN WEATHER CONTROL EXPERIMENTS GO HORRIBLY AWRY, A DARING YOUNG SCIENTIST MUST FACE HIS PERSONAL DEMONS TO STOP A DEADLY MAN-MADE STORM OF HIS OWN CREATION. BRAINSTORM TAKES YOU DEEP INTO THE VORTEX AND BEYOND -- FEATURING ART BY DENNIS CALERO (X-MEN NOIR). 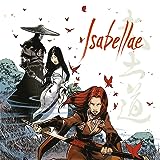 Isabellae
Isabellae is in for the fight of her life! In the midst of feudal Japan, a young girl and the daughter of an Irish witch and a samurai master, Isabellae Ashiwara, roams the countryside with her father's ghost at her side, earning her living by her sword and searching for her long-lost sister, Siuko. Fighting against all odds, Isabellae must take charge of her destiny once and for all and face her