Merciless Onslaught (Chapter 5)
Herr Reich, a rogue Nazi scientist has kidnapped Jake the last innocent in Hell because he suspects he is the key to enacting his master plan and conquering Hell. But Lady Death ain't having it. Aided by Haxan and Hellrider, the diva of death plans to rescue Jake and dismantle everything Reich hold dear! But is it even possible? Featuring the sadistic Frau Helga and introducing newcomers Steelheart and Mr. Atticus Marrow and re-introducing Thanatos, demon lord of Hell, Wargoth of the Everkind and Eldritch princess, Caprice.
See More See Less 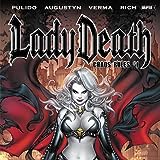 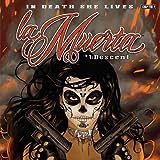 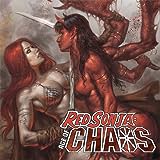 Red Sonja: Age of Chaos
The past meets the present with the future of literally everything at stake! The warrior Red Sonja has a plan to keep freshly killed wizard Kulan Gath from resurrecting himself again -- but when the plan backfires, it allows a whole new kind of Chaos! to infest the Hyborean Age! Will these new beings be any easier to deal with than Kulan Gath, or has Sonja called a worse evil to her world? It's th 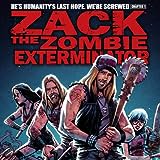 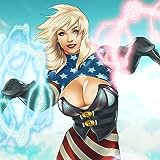 Patriotika
The goddess Athena, namesake descendant of the first Athena, has come to Earth to save it from invaders out of myth, but the very power that originally banished the gods is sapping her life force too! To survive, she must reluctantly bond with a human: a scrawny college student named Erin. Together, they transform into the mighty Patriotika to fight gods and monsters, protect and rally the milit