FIRST IN A NEW SERIES THAT EXPLORES AND EXPANDS UPON THE WORLD OF LEAGUE OF LEGENDS!
In Ionia, a land steeped in tradition and still reeling from war, the once honorable warrior named Zed leads a band of assassins. After Zed murdered their master, his childhood friend Shen has taken a different path, inheriting his father’s former mantle as the Eye of Twilight and maintaining magical balance in Ionia. But when Zed is lured back to a village where he and Shen once encountered a great evil, a brutal killer from their past resurfaces: the magically gifted psychopath Khada Jhin! Will the two sworn enemies work together to defeat Jhin--or will they destroy each other first?!

Written by Riot Games’ Odin Austin Shafer and illustrated by Edgar Salazar, Lorenzo Ruggiero and Chris O’Halloran, ZED #1 is an all-new adventure set in the world of League of Legends, told in the mighty Marvel manner!
See More See Less 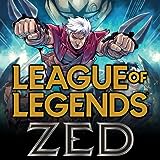 League Of Legends: Zed
Collects League Of Legends: Zed (2019) #1-6. He aims to protect his homeland of Ionia…even if he must spill innocent blood! The man known as Zed, formerly of the honorable Kinkou Order, is now the leader of a band of assassins. When the magically gifted psychopath known as Khada Jhin returns to kill again, Zed must confront his troubled past in more ways than one — including a reunion with his League Of Legends: Lux
Collects League Of Legends: Lux #1-5. In the shining city of Demacia, order reigns. The realm is safe, and the people are happy…unless you’re a mage. In a place where magic is outlawed, Luxanna Crownguard must hide who she truly is when she begins to exhibit magical powers. But when she seeks out an imprisoned mage to learn to control her magic, will she protect herself…or doom Demacia? 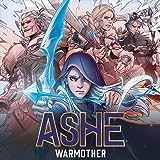 League of Legends: Ashe: Warmother Special Edition
Collects League of Legends: Ashe - Warmother #1-4. The first full-length comic series in the League of Legends universe, delivering an epic journey through the Freljord! Raised in the savage wilds of the north, Ashe is an Iceborn, a warrior gifted with a magical connection to her frozen homeland — and burdened by her mother’s fanatical expectations. When they set out on a dangerous quest fo 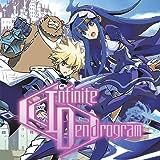 Infinite Dendrogram
In the year 2043, Infinite Dendrogram, the world's first successful full-dive VRMMO was released. In addition to its ability to perfectly simulate the five senses, along with its many other amazing features, the game promised to offer players a world full of infinite possibilities. Nearly two years later, soon-to-be college freshman, Reiji Mukudori, is finally able to buy a copy of the game and st 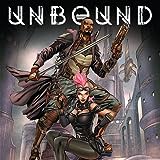 Unbound
In an alternate world called The Ether, a werewolf hunter named Lukas tracks down a mob outfit whose leader is a Lycan named Cain. After Lukas teams with a monster hunting newbie named Marna, the duo is able to locate their target. But an unexpected turn of events reveals that nothing is quite what it seems.