Legend of the Ronin

Series
Legend of the Ronin

Ken'ishi is a 17-year-old ronin, orphaned as a baby and fostered by a tengu, a mythic bird-man. A master swordsman, Ken'ishi seeks a worthy lord. His only link to his past is his father's sword, Silver Crane. Thanks to his mystical upbringing, he can converse with wild creatures and the spirits of the air and earth. When he encounters a noble maiden and her entourage under attack by a vicious bandit gang, he makes a fateful choice that will change the course of his life, catapulting him into a life of his greatest dreams, and his worst nightmares.

Legend of the Ronin brings to life 13th century Japan, a land of ancient spirits, supernatural creatures, and shapeshifting animals, where duty and honor can be as sharp and lethal as the sword at one's hip.
See More See Less 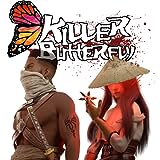 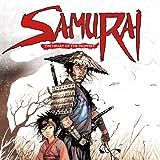 Samurai
The terrible battle against the treacherous Akuma has been won, and the empire is safe once more. But Takeo has set out for the mysterious Unnamed Island to continue his quest to finally discover the truth about his brother and his family… and the symbolic tattoo that saved his life. 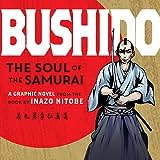 Bushido
First published in the early 1900s, Bushido was the first book to introduce Westerners to the samurai ethos. Written by Inazo Nitobe, one of the foremost Japanese authors and educators of the time, it describes the characteristics and virtues that are associated with bushido...honor, courage, justice, loyalty, self-control...and explains the philosophy behind how samurai were educated and trained; 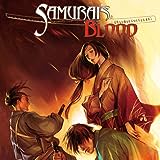 Samurai's Blood
8-Page Preview! In an era when lineage defined you, three teenagers must make their way through the world hiding their identities in order to find their destinies. As their village burns behind them, they are headed for a city they'd heard about only in stories. The three young samurai must now struggle to stay alive and take vengeance on the evil usurper who has destroyed the rest of their clan