Nick Archer isn't much of a detective, but he's managed to get himself one pretty sweet surveillance gig: once a week he sends a jealous millionaire the photos that prove his wife is faithful, leaving Nick plenty of free nights to spend making a liar of both himself and the client's wife.

But when the client turns up dead, his cheating wife is the prime suspect and it's up to Nick to clear her, except Nick has connections to this case that go deeper than anyone realizes.
See More See Less 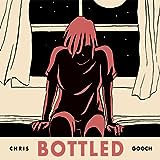 Bottled
Jane is sick of her dead-end life in the suburbs, and desperate for a change. Her old friend Natalie made it out, living in Japan as a fashion model. Now, as Natalie comes back to town on business, Jane sees a way for her friend to do her a favor… whether she likes it or not. 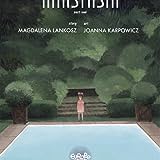 Anastasia
1926. A mother and her young daughter come to Los Angeles. The mother is chasing her dream: she wants to conquer Hollywood, no matter the cost. Her little girl, Anastasia, is the perfect candidate to be cinema's next big star. But can she stand the pressure? The clash of dreams and the dirty reality of show business is a heavy burden to bear, as Anastasia comes face to face with the crime, abuse, 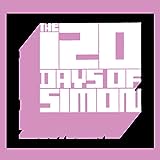 120 Days of Simon
409 pages! Swedish cartoonist/rapper Simon Gardenfors left his home to spend four months on the road. His rules were simple: During the 120 days he wasn't allowed to return to his home, or to spend more than two nights at the same place. Otherwise, anything could happen - and it did. The result was an epic adventure across Sweden as Simon slept on strangers' couches, visited an ostrich farm, ate 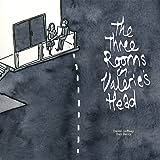 The Three Rooms in Valerie's Head
British comedy blended with universal regret, this darkly funny graphic novel uses surreal and beautiful visions to explore the ways we remain haunted by our ex-lovers. Valerie has a rich interior life. Though serially unlucky in love, she finds comfort in imagining that her ex-boyfriends are dead and that their bodies are kept downstairs in the cellar in a strange, mummified state. Every day she