Colonel Adam Crais's minutemen are literally trapped between a rock and a hard place; in the first days of the Revolutionary War, they find themselves hiding beneath 120 feet of New England stone, with a full regiment of redcoats waiting for them in the daylight... and a door into hell in the cavern below.

The black door is open, and it's up to a 16-year-old smith named Ben Locke to find a way to close it. The biggest mysteries of the Locke & Key series are resolved as Clockworks opens, not with a bang, but with the thunderous crash of English cannons.
See More See Less

Locke & Key
Acclaimed suspense novelist and New York Times best-selling author Joe Hill (Heart-Shaped Box) creates an all-new story of dark fantasy and wonder: Locke & Key. Written by Hill and featuring astounding artwork from Gabriel Rodriguez, Locke & Key tells of Keyhouse, an unlikely New England mansion, with fantastic doors that transform all who dare to walk through them... and home to a hate-filled and 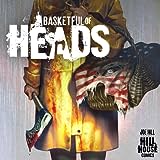 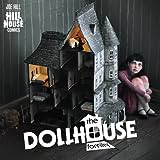 The Dollhouse Family (2019-)
On Alice’s sixth birthday, her dying great-aunt sent her the birthday gift she didn’t know she always wanted: a big, beautiful 19th-century dollhouse, complete with a family of antique dolls. In no time at all, the dollhouse isn’t just Alice’s favorite toy...it’s her whole world.
The October Faction
The creative team behind Monster & Madman would like to introduce you to the ongoing adventures of retired monster-hunter Frederick Allan and his family... which include a thrill-killer, a witch, and a warlock. Because sometimes crazy is the glue that binds a family together.
Joe Hill's The Cape
Joe Hill's acclaimed short story from his best-selling short-story collection 20th Century Ghosts adapted to comics! The Cape will walk you along the fence of childhood innocence, and then throw you face first into a brick wall. Explore your dark side in this tale by Hill and Jason Ciaramella, with art and two covers by Zach Howard.