Long Ago and Far Away #1

Decades ago, Jason saved the world of Elvenwood from the witch queen Nexis as the Child Knight. Today, he's an unhappy manager of a comics store where his disbelieving coworkers have to hear tales of Elvenwood over and over. When the denizens of Elvenwood return to seek Jason's help again, it turns out it's all true, but will Jason be the hero he once was? Or will he just make things worse because he grew up to be a complete jackass?

"You're not going to want to put it down."
-Mark Waid
See More See Less 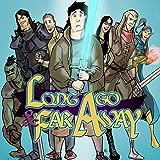 Long Ago and Far Away
Once Jason was the Child Knight who saved Elvenwood. Now he's a depressed 30-year-old with a dead-end job. But Elvenwood needs him again... 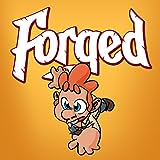 Forged
Peaty is a clever young dwarf who dreams of being a hero, but he's never been part of a guild before... until now! Join a valiant band of heroes (and Peaty) on a fun-filled quest as they protect the realm from a devious force. ADVENTURE AWAITS!! 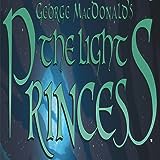 The Light Princess
The Light Princess is based on George MacDonald's fairy tale of the same name. This series tells the story of a princess afflicted by a constant weightlessness, unable to keep her feet on the ground, both literally and metaphorically, until she finds a love that brings her down to earth.
Space Pussycat
An anthropomorphic cat-for-hire, his foul-mouthed partner, and their space-octopus-powered starship, the Pussyball, on a run-of-the-mill recovery job that unexpectedly dumps a precious - and utterly disgusting - cargo into their laps...