Meet Longshot. He's a man without a past who possesses an uncanny lucky streak...and he's on an existential quest through the Marvel Universe. But as Longshot deals with the quirkier aspects of American society, he must learn the secrets behind his enigmatic identity and accept his destiny as a hero. Along the way, he meets a crazed militiaman, demons from his mysterious otherworldly home, a daring stuntwoman named Ricochet Rita, ramheaded Quark, and Marvel heroes Spider-Man, She-Hulk, and Dr. Strange. As Longshot digs deeper, he rediscovers more about himself - and must come to terms with his past along the way. Because only Longshot and his friends can stop the media-addled Mojo from taking over Earth and remaking it in his own warped image. 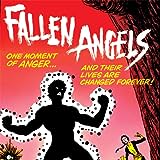 Fallen Angels (1987)
Collects Fallen Angels #1-8. Teen mutants struggling to survive on their own! Madrox and Siryn! Sunspot and Warlock! The Vanisher and Boom-Boom! Mix these six unlikely allies with Devil Dinosaur, cyborg lobsters and some teenage runaways, and you've got the Fallen Angels! What wonders await these strange heroes of Beat Street in the paradise of Coconut Grove? Witness one of the most bizarre X-M 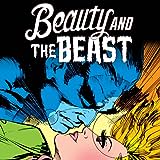 Beauty and the Beast (1985)
Collects Marvel Graphic Novel #12: Dazzler - The Movie; Beauty & The Beast (1984) #1-4 and material From Marvel Heartbreakers #1. After Alison Blaire is outed as a mutant and her musical career comes to a screeching halt, Dazzler ends up associating with an experimental underground theater group that serves as a front for a gladiatorial arena in which mutants battle to the death! Fortunately, H 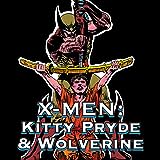 Kitty Pryde & Wolverine
Kitty Pryde's father is in hot water with some Japanese businessman. Things get worse when she stows away on a flight to Tokyo. 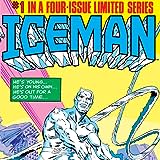 Iceman (1984)
You know Bobby Drake, original X-Man, but now meet the rest of his one-of-a-kind family! The youngest of the X-Men steps out in his own solo adventure -- with no mutant teammates, no Defenders, and no Champions on back up!