SERIES PREMIERE No one seemed to notice Sonny Gibson as he stepped back into "The Hideaway," a dusty little honky-tonk nestled off the Carolina highway. But before the night was over, Sonny would be on the run—from the law, from the criminals, even from himself. LOOSE ENDS is a gritty, slow-cooked, Southern crime romance that follows a winding trail down Tobacco Road, through the war-torn streets of Baghdad, and into the bright lights and bloody gutters of South Florida. From JASON LATOUR, co-creator of Eisner-winning SOUTHERN BASTARDS and the writer of Spider-Gwen, CHRIS BRUNNER (SOUTHERN BASTARDS, Batman: Legends of the Dark Knight), and RICO RENZI (Spider-Gwen, Squirrel Girl). 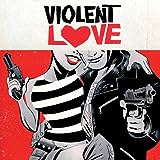 Violent Love
SERIES PREMIERE Daisy Jane and Rock Bradley were two of the most notorious bank robbers in the American Southwest. And then they fell in love. Join FRANK J. BARBIERE (FIVE GHOSTS, The Revisionist) and VICTOR SANTOS (THE MICE TEMPLAR, Polar) for a pulp-infused criminal romance oozing with style and action! Double-sized debut issue! 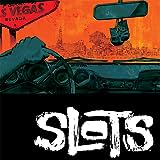 Slots
NEW SERIES You can say this about the life of Stanley Dance: he did it his way. Unfortunately, his way never took getting old into account. Now, the former boxer is on his last legs, looking for redemption...but he'll settle for going down swinging. Roll the dice with superstar artist DAN PANOSIAN as he creates a bold and breathtaking vision of Las Vegas, where everything old can become new, and s 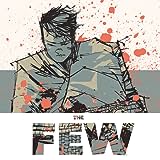 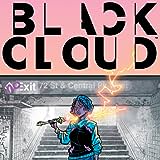 Black Cloud
Zelda was born in a world of dreams, and hers burned bigger than anyone had ever seen. Now she's on the run in our world, the dreams broken in her hands. But the pieces are for sale, the rich and the powerful are buying, and suddenly her world isn't the only place Zelda's running from. From the creators that brought you Spider-Gwen, SOUTHERN BASTARDS, and DRIFTER, and the incredible co