A year ago in the city of Featherbay, Ultraduck became the world’s first superhero, after this a group of extraordinary individuals decided that their city needed heroes too. In Canis Hill, you will find a wrestler that takes his fights out of the ring, a mixed martial arts fighter who wants to have a meaningful fight for once, a disapointed ex-mercenary looking for revenge, a vlogger who challenges corrupt policemen, an aging vampire-hunter stalking his last prey, and a time traveler who wants to save his old friends.

Ultraduck
Carlos, a regular duck living in the great city of Featherbay, just got dumped by his girlfriend, his life as a freelance do-it-all is going nowhere and must make some grown up decisions: to get a real job, get his girl back and stop drinking. That is, until he gets super powers and becomes the only duck in the world who can stop a powerful creature who's destroying the city on a vengeful rampage, 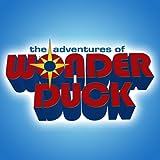 The Adventures of Wonder Duck
As the result of a war in an alien planet, a super battle suit is discharged into space changing the life of one hapless duck and transforming him into a hero called Wonder Duck!
The Steam Engines of Oz
Find out what happens 100 years after the witch is dead. In an Oz ruled by a once revered hero, salvation comes from the unlikely wrench of Victoria Wright, who dares to question the status quo and sparks a rebellion. 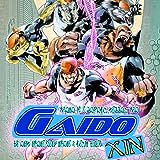 Gaido Xin
The Story of Gaido Xin is the ancient alien legend of lost warriors who rose up against an oppressive warlord. It is a fable that warns against tyranny. On earth a new group of warriors rise up to remind their oppressors why you should fear the Lost Warriors. FEAR THE GAIDO XIN!