Something wicked this way comes . . .

Dark ambitions, madness, and murder. Shakespeare's classic story of a man's reckless quest for power springs to life in Gareth Hinds's masterful new graphic novel. Macbeth, a general in the King's army, is returning from battle when he's stopped by the sudden appearance of three witches who tell him one day he'll be King.

At first Macbeth dismisses their predictions, but an evil seed takes root in his mind, and soon he is both convinced and impatient. At the urging of his wife, he resolves to take the throne by the most direct path: a dagger in the heart of King Duncan. But blood will have blood, and when others grow suspicious of his sudden rise to power, is Macbeth prepared to commit more murders to keep the crown?
Set against the moody backdrop of 11th century Scotland, this captivating, richly illustrated play takes readers into the claustrophobic mind of a man driven mad by ambition.
See More See Less 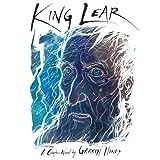 King Lear
In a graceful adaptation, Gareth Hinds transforms Shakespeare's timeless tale of pride and defiance, loyalty and ambition, betrayal and revenge into graphic-novel format, packing it with visual drama and providing accessible notes. This artful edition -- like an extraordinary stage performance -- offers a striking new perspective on one of the most powerful and beloved tragedies in the English lan 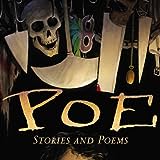 POE: Stories and Poems
In stories and poems written well over a century ago, Edgar Allan Poe established himself as the original American master of gothic horror. Now, acclaimed artist-adapter Gareth Hinds translates Poe's dark genius into the graphic novel format for Poe fans new and old. Blood, bones, and flickering firelight set the mood for Hinds's vision of Poe's macabre and tragic worlds. In "The Cask of Amon 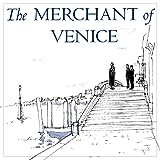 The Merchant of Venice
Here is the tale of young Bassanio, who, to win the love of fair Portia, entangles his dearest friend, Antonio, in a dangerous bargain with the moneylender Shylock. Only Bassanio's heartfelt efforts -- and a clever intervention by Portia -- will save Antonio from paying Shylock "a pound of flesh." Moody and mesmerizing, this graphic novel adaptation of one of Shakespeare's more controver 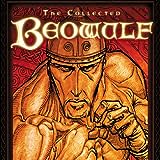 The Collected Beowulf
The mighty mead-hall of Hrothgar the Dane stands empty at night, for none of his warriors can face the hideous onslaught of the swamp-fiend Grendel. Now, there comes a man from the North - a man who will face Grendel unarmed and unarmored, in a battle destined to become legend. He is the greatest of all Viking heroes... Beowulf. This adaptation brings the Viking-age epic to life with all of its ar