Steve Gerber takes the macabre Man-Thing out of his swamp and across the Marvel Universe! First, the muck-monster heads to Atlanta, where women are under attack by the life-stealing Scavenger! But that's nothing compared to the demonic Thog the Nether-Spawn! Plus: The uncanny return of the Molecule Man brings Man-Thing and Iron Man together, old pal Howard the Duck reluctantly joins in on a far-out fantasy adventure, Spider-Man swings by for a team-up, and the Man-Thing shambles into a satanic Super-Soldier scheme! Plus: Gerber's infernal final Man-Thing story revisits a beloved classic. What is the mystery behind the "Screenplay of the Living Dead Man"?
See More See Less 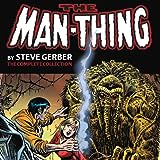 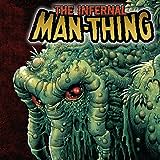 Infernal Man-Thing
Following legendary scribe Steve Gerber's death, fans mourned the reality that the writer would no longer be able to return to the character for one last story -- until now. See the final Steve Gerber Man-Thing tale here, in a previously-unknown story. 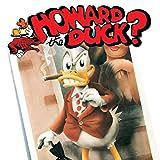 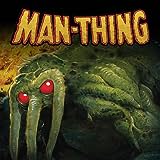 Man-Thing (2017)
Beloved writer R.L. STINE (Goosebumps, Fear Street) brings his special brand of horror to MAN-THING! After working for years, MAN-THING has regained his ability to speak and has taken Hollywood by storm…But when an ancient and mysterious danger threatens the swamp, Man-Thing is going to have to choose between his new life and celebrity, and the world he used to call home…PLUS! A bone-chilling