After the success of the Nashville sit-in campaign, John Lewis is more committed than ever to changing the world through nonviolence - but as he and his fellow Freedom Riders board a bus into the vicious heart of the deep south, they will be tested like never before.

Faced with beatings, police brutality, imprisonment, arson, and even murder, the young activists of the movement struggle with internal conflicts as well. But their courage will attract the notice of powerful allies, from Martin Luther King, Jr. to Attorney General Robert F. Kennedy... and once Lewis is elected chairman of the Student Nonviolent Coordinating Committee, this 23-year-old will be thrust into the national spotlight, becoming one of the "Big Six" leaders of the civil rights movement and a central figure in the landmark 1963 March on Washington for Jobs and Freedom.
See More See Less 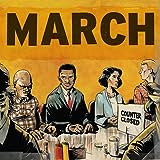 March
Before he became a respected Congressman, John Lewis was clubbed, gassed, arrested over 40 times, and nearly killed by angry mobs and state police, all while nonviolently protesting racial discrimination. He marched side-by-side with Martin Luther King as the youngest leader of the Civil Rights Movement that would change a nation forever. Now, experience John Lewis' incredible story first-hand, 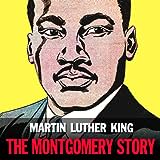 Martin Luther King and the Montgomery Story
Nearly sixty years after its creation, a little-known landmark of comic book history returns! This 16-page comic is a simple but revolutionary account of the 1955 Montgomery Bus Boycott, in which Rosa Parks, Dr. King, and 50,000 others used the power of nonviolence to battle segregation on city buses -- and win. First published in December 1957 by the Fellowship of Reconciliation, it went unnot 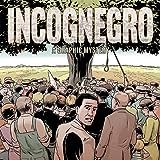 Incognegro
This tenth anniversary edition of the acclaimed and fearless graphic novel features enhanced toned art, an afterword by Mat Johnson, character sketches, and other additional material. In the early 20th Century, when lynchings were commonplace throughout the American South, a few courageous reporters from the North risked their lives to expose these atrocities. They were African-American men who
They Called Us Enemy
George Takei has captured hearts and minds worldwide with his captivating stage presence and outspoken commitment to equal rights. But long before he braved new frontiers in Star Trek, he woke up as a four-year-old boy to find his own birth country at war with his father's—and their entire family forced from their home into an uncertain future. In a stunning graphic memoir, Takei revisits his ha
Hip Hop Family Tree
The New York Times bestselling book series debuts as a monthly comic book with new covers, artwork, a "director's commentary" section that describes the motivation, process, and research involved in making this masterpiece, plus other surprises! This first issue highlights the breakdancers, graffiti artists, DJs and MCs who formed hip hop culture beginning in the tenement rec rooms of the south Br