Here it is, True Believers! You knew we'd do it sooner or later! From the Venerable Vaults of Marveldom, it's the Mighty Marvel Handbook -- 1960s style! Just what is the 1960s Handbook, you ask? Imagine a Handbook written at 11:59 PM Dec. 31, 1969. The profiles within cover everything published by the hallowed House of Ideas up until that point. So if it's from a comic that has a December 1969 cover date or earlier, you'll find it in this magnificent mag! From the Acrobat to Zota -- with the Avengers, Captain America, Captain Marvel, Daredevil, Dr. Strange, the Fantastic Four, the Hulk, the Silver Surfer, Spider-Man, the Sub-Mariner, Thor and the X-Men as they were in the 1960s, as well as '60s-era characters such as Factor Three, the Beasts of Berlin, Chili, the Infant Terrible, Mogul of the Mystic Mountain, the Painter of 1000 Perils, the Living Brain, Patsy Walker, the Blackie Drago Vulture, the Ringo Kid and more! 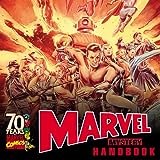 Marvel Mystery Handbook: 70th Anniversary Special (2009)
As the Marvel Universe celebrates 70 years of the world's greatest comics, journey back to where it all began -- OFFICIAL HANDBOOK OF THE MARVEL UNIVERSE style! Featuring the greatest characters of Marvel's first year -- a year that not only gave us the Sub-Mariner, the Human Torch, the Angel and Ka-Zar, but also THE TWELVE's Black Widow, Phantom Bullet, Electro, Mister E, Dynamic Man, Phantom Rep 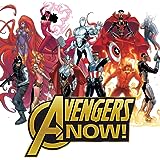 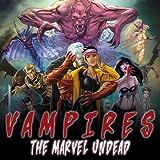 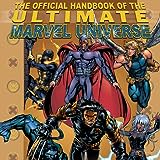