The Atlas Era Heroes hits the high-water mark of the 1954 revival with the sovereign of the seven seas, the Sub-Mariner! Collected for the first time ever, the Atlas SUB-MARINER series showcases Bill Everett’s most lavish, most manic and most exciting interpretation of his undersea creation. Supported by Namora, Princess Fen and intrepid love interest Betty Dean, Namor faces off against the nefarious Prince Byrrah, his own doppelganger, giant crocodiles and Communists a-plenty in issue after issue of pre-Code action and marine adventure. From all-out invasions of the surface world to the perils of exile from Atlantis, these pages define the Sub-Mariner in a way never before, and perhaps never since, captured in any comic series! Along with Dick Ayer’s Human Torch and backup stories featuring the terrors of the deep, you’ll also be treated to Everett’s tales of the young Namor and how he came to be the hot-headed protector the kingdom beneath the Antarctic ice.
See More See Less 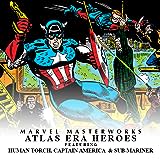 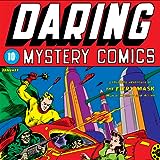 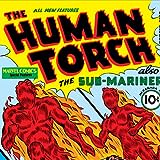 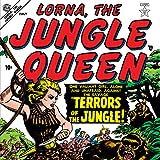