2014 Hugo Award finalist for Best Graphic Story
Based on the short story by George R.R. Martin, bestselling author of A Game of Thrones, Meathouse Man is a darkly poignant tale set on a collection of planets called corpse worlds. On these planets, corpse handlers transmit their wills to an army of brainless bodies—once living people now rendered expendable. Perversion abounds as these corpses are exposed to appalling conditions at the whim of handlers.
The grim story follows one such handler—a man who remains nameless—through his teenage years and into adulthood, across corpse brothels, monotonous jobs, heartbreak, and betrayals. His increased detachment from reality becomes a spiraling descent into rejection and desensitization to the horrors around him. Set among towering buildings, giant rolling planetary processing units, and vast forest terrains on several different worlds, this journey serves as a modern fable of warning and a fascinating exploration of an alternate world perhaps not so different from our own.
This comic contains explicit content and is recommended for mature readers.
See More See Less

Corrective Measures Vol 2
The temperature rises to a boiling point at the prison island of San Tiburon as 185 superpowered prisoners begin to riot against their captors. A murderous psychopath takes a hostage into the jungle with vengeful ambitions, a superhero delivers his nemesis into the waiting hands of prison officials, a conspiracy is revealed, and Captain Jason Brody finds there are consequences for every action, no 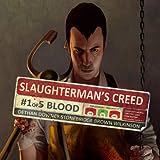 Slaughterman's Creed
Part 1 - Slaughterman's Creed is a story of the fall and rise of monsters, where an ethical knife-edge is all that separates hero from villain. A human trafficker orders the death of a killer who refuses to breach his professional code. Twelve years later, the trafficker's world erupts in blood and chaos. Barely surviving and crippled for life, the Slaughterman has returned to put the whole organi
Corrective Measures
Less than 30 miles off the coast of Florida is the island of San Tiburon, home to the world's most dangerous maximum-security penitentiary. For 185 of the world's most dangerous super-powered criminals, it is their final home. They will reside within these walls until their sentence is served - or they meet their end. 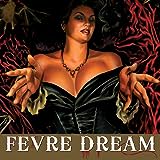 Fevre Dream
Prepare for a ten issue vampire epic on the bayou from the writer of the A Song of Ice and Fire novels! From the New York Times Best-selling author, George R. R. Martin, comes a tale of vampire clans, death and debauchery, legendary bloodmasters, and even a few epic steamboat races on the muddy Mississippi. This is Martin's FEVRE DREAM, an antebellum story of power, loss, and the fever of bloodlus