The 25th anniversary celebration of Mega Man continues with the exciting next chapter in the Mega Man mythology! And this latest graphic novel volume is a cause for celebration indeed -- there are parties, love, and... revenge?! From a New Year's terror attack by the vengeful Emerald Spears, to a devastating showdown with the mysterious Break Man, Mega Man just can't catch a break! This volume also ties-into the biggest comic book crossover event of the year: SONIC/MEGA MAN: WORLDS COLLIDE! See how Mega Man's world was rocked by Dr. Eggman and Dr. Wily's evil schemes! Witness the startling aftermath of the crossover as the mysterious RA MOON begins its bid for world domination! It's mega-madness, and with our heroic blue hero stretched so thin, there's only so much evil a bot can take before he reaches his BREAKING POINT! Featuring art from Harvey Award-nominated penciller Ryan Jampole.
See More See Less 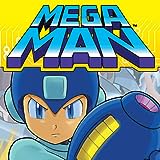 Sonic the Hedgehog/Mega Man: Worlds Unite
The sequel to the record-shattering Sonic the Hedgehog and Mega Man crossover is here! You saw what happened when "Worlds Collide," now brace yourself for when "WORLDS UNITE!" The vicious conqueror Sigma has escaped from Mega Man's future and has invaded Sonic's world to enact his plans for universal domination! Sonic and Mega Man unite once more to stop the vile villain -- and this time the world
Cosmo
Cosmo is a Mighty Martian with the skills of a warrior and a heart of gold! He's the leader of his trusty M.A.R.S. unit that explores the solar system looking for action and excitement. This epic space action/adventure/comedy series from writer Ian Flynn and artist Tracy Yardley is filled with out-of-this-world fun for readers of all ages.
Street Fighter
The Saga of the World Warriors begins! Join Ryu, Ken, Chun-Li, Cammy, and all of your favourite Street Fighters in the first-ever UDON Street Fighter comic series! 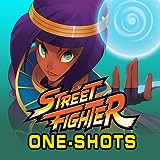