Golden-Age superhero, the Escapist--master of elusion, champion of liberation--was conceived in the fictional world of the Pulitzer Prize-winning novel, The Amazing Adventures of Kavalier & Clay. This comic book anthology contains a variety of the Escapist's exploits, and details on the history of the character.

Master of elusion and foe of tyranny, from his secret headquarters beneath the majestic Empire Theater, the Escapist and his associates have been defeating the crooked and coming to the aid of those in need for generations. From obstructing the endeavors of post-war Nazis, to protecting the innocent from an attack on the World's Fair, to infiltrating behind enemy lines to free prisoners of war in Vietnam, and even to stymieing a hypnotizing saxophone player, the Escapist does not suffer oppression of any kind. A multitude of the Escapist's pulse-pounding adventures are collected here along with details of the publishing history of Joe Kavalier and Sam Clay's creation. This volume also contains a story torn straight from the pages of The Amazing Adventures of Kavalier & Clay: written by Michael Chabon, the tale of the mysterious Mr. Machine Gun. Also featured, from another Kavalier & Clay classic publication, Weird Date, are two stories of romance, crime, and mystery. This collection features comic book creators of legend, including Will Eisner (The Spirit), Eduardo Barreto (Batman), Jeffrey Brown (Star Wars: Darth Vader and Son), Howard Chaykin (American Flagg, Star Wars), Paul Gulacy (Master of Kung Fu), Jeff Parker (Bucko), Marv Wolfman (The Tomb of Dracula), Thomas Yeates (Prince Valiant), and so many more!

Containing a total of twenty-two tales, along with three never-before-collected stories, this volume also contains five never-before-published stories, as well as a robust gallery of pinups celebrating the world of the Escapist from artists including Gabriel Bá (The Umbrella Academy, Casanova) Brian Bolland (Judge Dredd), Bill Morrison (The Simpsons), Fábio Moon (Serenity, Casanova), Tim Sale (Batman, Superman), and many more! 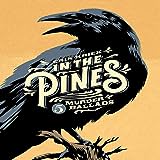 In the Pines
A collection of murder ballads ― some of which have been covered by modern masters like Nick Cave, Steve Earle, and Gillian Welch ― that have been adapted into ruthless graphic narratives.
Mega Collection
A Top Shelf digital exclusive! Can you believe it - over 300 pages of Lizz Lunney! This massive collection includes early comics, recent comics, all your favorite characters, and even a dash of autobiography! Join Lizz as she takes cartoon comedy to the limit, featuring cute cubes, specks of dust, talkative foods, and most importantly, plenty of cats. 314 pages! 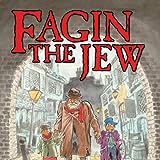 Fagin The Jew
Comics luminary Will Eisner takes on literary giant Charles Dickens, in this fascinating retelling of the life of Oliver Twist's Fagin! Imagining Fagin's impoverished childhood in the slums of London and his initiation into the criminal underworld, Eisner's story counters the anti-Semitism of Victorian literature as his gorgeous brushwork creates an evocative portrait of the era. * Now with Ei 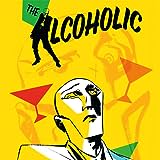 The Alcoholic
In the proud tradition of drunken writers everywhere . . . comes the tale of Jonathan A., a boozed-up, coked-out, sexually confused, hopelessly romantic-and of course, entirely fictional-novelist who bears only a coincidental resemblance to real-life author Jonathan Ames, critically acclaimed author of Wake Up, Sir!, The Extra Man, and What's Not to Love as well as HBO's Bored to Death and Starz's