Tommy Oliver, the White Mighty Morphin Power Ranger, has formed a new team of Power Rangers including... the all-new Green Ranger! But just who is under the mask and what does that mean for the future of the team?

And the Omega Rangers embark on a new mission to save the universe from the unimaginable threat of the Empyreals. But they'll need to bring in the last person they ever wanted -- the villainous Lord Drakkon. Can their long-time enemy be trusted... or is he playing an even more dangerous game of his own?

Mighty Morphin Power Rangers
Saban's Power Rangers is a multi-generational, globally-recognized franchise. With its epic Ranger suits, giant Zords and Megazords, and -- at its core -- a story of super powered teens who defend the world from evil, the Power Rangers series is a pop-culture phenomenon that has continued to resonate with fans for more than 22 years. We, as huge Power Rangers fans ourselves, are excited to produce

Saban's Power Rangers
The Psycho Rangers are back! Created by Karone when she was still the evil Astronema, the Psycho Rangers were programmed with overwhelming hate for all things Power Rangers. They were defeated at great personal cost, but now someone has brought them back and they are more murderous than ever before. Who brought them back, and why? And can Former Lost Galaxy Pink Ranger Karone and her brother, Red 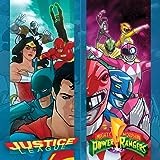 Justice League/Power Rangers (2017)
Two of comics greatest teams team up for the very first time! Something terrible has happened in Angel Grove! When the Command Center is breached and the teleporters are damaged, Zack is flung into another universe, where he’s mistaken for a villain by a mysterious masked vigilante. Can the other Power Rangers get to their friend in time to save him from Batman? Co-published with BOOM! Studios.
Teenage Mutant Ninja Turtles
They're BACK! This summer, the original heroes in a half-shell make a triumphant return to comics! Leonardo, Donatello, Michelangelo, and Raphael reunite to bring their ninja aptitude and teenage attitude to IDW Publishing in this all-new, action-packed series. Featuring a cast of familiar characters-Master Splinter, April O'Neill, Casey Jones, and more-and true to the spirit of the original comic 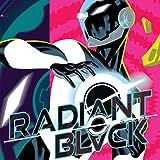