Marla Drake, the untamable costumed adventurer known as Miss Fury, fought Nazis with wild abandon not just during World War II, but - due to a scientific mishap - throughout time, as well. Now trapped in the 1943 of a parallel universe, she comes face-to-face with her mirror double, a hedonistic murderess whose soul was never saved by the love of a good man. Realizing what her life could be like now that she has lost her own beloved Matthew Chandler, she surrenders to the slimy promises of Schauburger, a rogue (and dead) Nazi agent whose ghost can alter the timestream and set things right. The cost? Killing the alternate Marla Drake, the Pharaoh of Time, the Mafia superhero The Mob, a US Naval Intelligence nuclear physicist... and the list goes on. No matter how hard she tries, people just seem to want Miss Fury to murder for them. How many must die so that she can become a good person again?

"I found myself absolutely enjoying this release every step of the way. Highly recommended." - Unleash The Fanboy 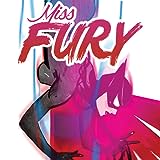 Miss Fury (2016)
The Golden Age heroine returns! New York during the second World War is a place of mystery and intrigue, but with all our boys fighting in Europe, who will stand up to the forces of darkness at home? Miss Fury is ready to step into the breach, but even she doesn't understand the shadow she carries within herself. Is it a force of good or of evil? And can she learn to control it in time to stop the

Blood Queen vs. Dracula
The Prince of Darkness clashes with Elizabeth Bathory in this explosive new mini-series! Dracula returns from war to face a potential threat in the form of the Blood Queen. Whether they become allies or adversaries, there will be blood!
Patricia Briggs' Alpha & Omega: Cry Wolf
Anna never suspected that werewolves exist, till the night she became one herself! A rare Omega wolf, for three long years she's kept her head down at the bottom of the pack, learning to trust no one. Now, Anna's caught the eye of a powerful Alpha wolf, who recognizes her true value as a member of the pack. What will happen when Alpha and Omega come together? Cry Wolf is the latest series of super 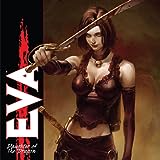 Eva: Daughter of the Dragon
From the pages of Army of Darkness (Ash vs. the Monsters) comes the first one-shot starring Eva, Daughter of Dracula and sworn vampire slayer! Fresh from her appearance battling her father, Dracula, in the pages of Army of Darkness, Eva's adventures are chronicled by writer Brandon Jerwa and artist Edgar Salazar, all under an incredible painted cover by Jo (Buffy) Chen and TBD! This story shift
Lady Rawhide
Lady Rawhide returns in an all-new adventure! This time, she faces not only the corrupt forces of the government -- bent on cowing the populace through privation and cruelty -- but also a new team of vigilantes: The Sisters of the White Rose. The Sisters, inspired by Lady Rawhide's actions, have taken up the struggle against tyranny. Although she supports the Sisters' aims, Lady Rawhide is forced