A young Ranger woman who came to the city with dreams of adventure, her drug- dealing reptilian wizard roommate, and her boisterous Dwarf maiden BFF embark on a modern-day quest to save the world while struggling to keep their crappy day jobs and pay off their student loans. Joined by a thief, an elf, a cleric, and a barbarian, the ragtag group are embroiled in an adventure involving magical amulets, the mafia, and a cult! Collects issues #1-#4 of the miniseries. ''The book is new, but this world, being well-built, already feels familiar. It's humorous and fun, with the potential to have a nice long run that will keep us interested for the foreseeable future.'' -Comic Crusaders

Flavor
Within a strange walled city, an unlicensed chef discovers a mystery that threatens to end it all. Join JOSEPH KEATINGE (GLORY, SHUTTER) and WOOK JIN CLARK (Adventure Time: The Flip Side) on this culinary epic adventure—FLAVOR—where chefs are the ultimate celebrity and food is the most valued commodity. The high-stakes competition of Hunger Games collides with the lush, MIYAZAKI-esque worldbui 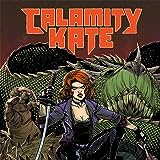 Calamity Kate
Kate Strand reboots her destructive life and moves to LA to be the superhero she always wanted to be—Calamity Kate: gun-toting monster killer. With her latest career change, she faces new challenges, relationships, and competition; desperate to show she's worth a damn in a world overrun by zombies, vampires, demons, goblins, and the ultimate monster bounty: the Seven Fabled Beasts of Yore. Colle 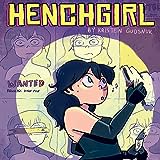 Henchgirl
Mary Posa hates her job. She works long hours for little pay, no insurance, and worst of all, no respect. Her coworkers are jerks and her boss doesn't appreciate her. He's also a supervillain. Cursed with a conscience, Mary would give anything to be something other than a Henchgirl. This second edition offers the humor and henching you love, along with an extra new Henchgirl story! 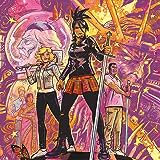 The Once and Future Queen
It’s out with the old myths and in with the new as a nineteen-year-old chess prodigy pulls Excalibur from the stone and becomes queen. Now, magic, romance, Fae, Merlin, and more await her! Lend her your axe as the creators of Amelia Cole start a new age of adventure! * The legend of King Arthur is reimagined for today, featuring a team of characters with East Asian, African, and British herit