Meet the many men inside Moon Knight's head as the focus shifts to his various incarnations! Marc Spector broke his body to escape the prison Khonshu built for his mind...but what if he's still trapped? Steven Grant awoke in New York City, ready to produce Marvel's next box-office smash - is he losing his mind, or will Moon Knight: The Movie be a blockbuster? And Jake Lockley is under arrest for murder! With the world calling on him to protect those who travel at night, Marc is losing control. The muddled mind of Moon Knight is reaching its limit!
See More See Less

Moon Knight (2016-2017)
The book you'd be insane to miss! Marc Spector (a.k.a. Moon Knight/Jake Lockley/Steven Grant) has been fighting criminals and keeping New York City safe for years...or has he? When he wakes up in an insane asylum with no powers and a lifetime's worth of medical records, his whole identity (identities) are called into question. Something is wrong, but is that something Marc Spector himself? Jeff Le 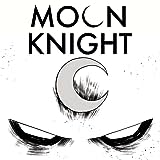 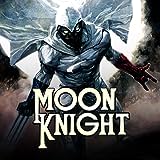 Moon Knight (2010-2012)
Moon Knight is back and he's brought some super hero friends...too bad they're all in his head.
Moon Knight (2017-2018)
Collects Moon Knight (2017) #188-193. A new day is dawning — and with it comes an enemy unlike any Marc Spector has ever faced! Moon Knight has always been a protector from the shadows, but this new enemy is out to extinguish those shadows with blinding light and fire. Get ready for the introduction of Moon Knight's greatest nemesis! But as the path of the Sun King brings him ever closer to M 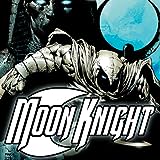