Preparations begin at Castle Golga for the annual festival of the undead, as a pair of fearless vampire killers question a man hidden away in a monastery on the Baltic Sea. The mysterious Mr. Higgins wants nothing more than to avoid the scene of his wife's death, and the truth about what happened to him in that castle. However, these heroic men sworn to rid the world of the vampire scourge, inspire Higgins to venture out and to end the only suffering he really cares about--his own. 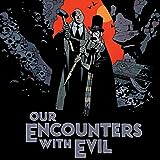 Our Encounters with Evil: Adventures of Professor J.T. Meinhardt and His Assistant Mr. Knox
Mike Mignola! Warwick Johnson-Cadwell! Mr. Higgins was just the beginning! Follow Professor J.T. Meinhardt and Mr. Knox as they continue their pursuit of ne'er-do-well creatures of the night! Backed by the dauntless vampire hunter Ms. Mary Van Sloan, the heroes of Mr. Higgins Comes Home pursue vampires, werewolves, and other horrors that even they are hard-put to name or explain. The only thing th 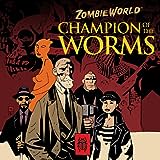 ZombieWorld: Champion of the Worms
Every year, publishers and movie studios churn out piles of new zombie yarns, but none have rivaled the originality of this tale about a reanimated priest from an ancient cult and the zombie outbreak he creates in order to sacrifice mankind to his dark gods. Dark horror and high adventure mingle as a team of heroes race against an unstoppable evil bent on the end of mankind. 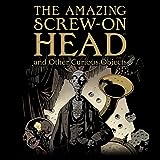 The Amazing Screw-On Head and Other Curious Objects
Mike Mignola has deservedly become one of the biggest names in comics for his creation of Hellboy. But when Mignola needs a short break from the Hellboy universe, he turns to diversions such as The Amazing Screw-On Head, winner of the Eisner Award for Best Humor Publication! When Emperor Zombie threatens the safety of all life on earth, President Lincoln enlists the aid of a mechanical head. Wi 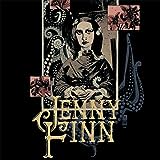 Jenny Finn
London's dockside is threatened by the twin terrors of a plague leaving bodies covered in tentacles and a slasher killing women in the night. Desperate for answers after the wrong man is executed for the murders, a group of Londoners holds a séance to contract the supposed killer, and his story of a girl born of the sea who has brought a terrible curse only brings them more questions. Mike Mig