NEOMAD is a fictional fantasy based on real Australian characters, places and stories that connect the people to their country. As part of Big hART's Yijala Yala Project, the 3-episode comic series was created with the help of over 40 members of the Ieramugadu (Roebourne) Community of Western Australia through a series of workshops in scriptwriting, literacy, Photoshop, filmmaking and sound recording over an 18 month period.

During the project young people from the community developed their digital media skills, using Photoshop and graphic tablets donated by Wacom, to create animations for an online game featuring the Love Punks, a group of tech-savvy adventurers intent on bringing positive change. Sutu (Stu Campbell), creator of the multi-award winning NAWLZ interactive comic series, spent over 500 hours teaching young students to apply a complex colouring system to more than 600 scenes to create NEOMAD. These young people, aged between 7 and 14, star in the comic as the Love Punks and the Satellite Sisters, also assisting with the script, the dialogue and the live-action film extras.
See More See Less 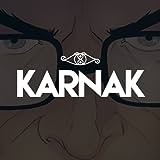 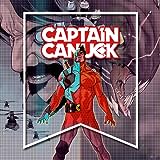