Neverender: Issue Two
In the future, accelerants are powerful enough to not only lift any material off of a planet, but interstellar travel is reasonably viable. An authoritarian regime unites a spread out mankind through a mix of military control, nationalism, and entertainment.

Merrick, an earthborn punk finds himself in the middle of a complicated political game as he joins the Universal Defense League - an entertainment program about a one on one fight to the death, where astronauts must simply get one good shot in on their opponents suit to win.

The rules are simple:

The Duel Must Be Agreed Upon by Both Crows
A Time and Place Must Also Be Agreed Upon
Both Duelists Must Acknowledge Each Other
Only Two Crows May Duel at a Time
A Crow Must Have Direct Contact to His Weapon
Once the Kill is Confirmed the Match is Over
Growing up the slums of an earthlike planet have given him exceptional reflexes, but can he compete in zero gravity?
See More See Less

Neverender
The year is 2̶͎͍̤̮͈͕̃̓͌̊̄͘X̶̢̻͔͎͍͈̽̏̃1̵̭̑̚9̸̧̙͇͕̣̅̆͌̂ͅ and due to breakthroughs in artificial accelerants, mankind has taken to the stars. At the edge of civilization, the dominant sport is a civilized sword duel to the death. 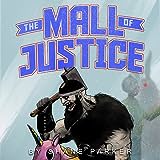 Mall of Justice: Grand Opening
Palm Desert Mall has a super-heroic protector...whether they want one or not. 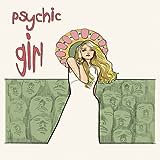 Psychic Girl
"Psychic Girl" focuses on a teenage girl who was born with the ability to do whatever she pleases and the chaos having such an ability causes to people around her. The title character is telepathic; being raised by her single-mother, who is telepathic as well and often discourages the use of her daughters abilities . They are being pursued by a clandestine agency of Psychics whose goal is globa 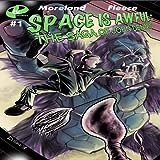 Space Is Awful: The Wrong Guy
Dennis Olbeter, an overnight janitor with no skills, abilities, or ambition, is abducted by aliens to serve as their champion in an intergalactic gladiatorial arena. Given strange and unknowable powers by a mutated alien device and forced to fight extraterrestrial monsters for his life, he can't help but think that space is awful. 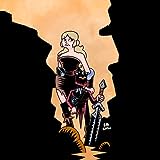 Visor Viking: A New Age
A fantasy adventure series packed with action and non stop one liners. In this story you'll follow the story of Erica aka Visor Viking as she takes charge of her kingdom.