Sixteen million mutants dead - and that was just the beginning! In one bold stroke, writer Grant Morrison (All-Star Superman, Batman) propelled the X-Men into the 21st century — masterminding a challenging new direction for Marvel’s mutant heroes that began with the destruction of Genosha and never let up. Regarded as the most innovative thinker of the current comic-book renaissance, Morrison proceeded to turn the mutant-hero genre on its ear. Gone were the gaudy spandex costumes — replaced by slick, black leather and an attitude to match.
See More See Less 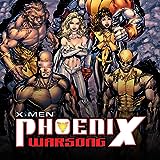 X-Men: Phoenix Warsong
The Phoenix is back! But where has it been reborn? Fire and pain await the X-Men. Can they handle what's to come?! 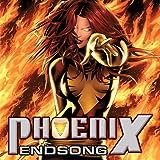 X-Men: Phoenix - Endsong
The mysterious and powerful Phoenix Force is life incarnate, and yet it consumes whole worlds in a moment. Its long history with the X-Men is fraught with tragedy, especially concerning one of the most beloved of their number, Jean Grey. What will happen when the Phoenix returns to Earth in search of the one mortal who could ever contain its power, only to find her dead?
Uncanny X-Force (2010-2012)
THE APOCALYPSE SOLUTION PART 1 To hold back a new Age of Apocalypse, Wolverine and Archangel bring together Fantomex, Deadpool, and Psylocke to form The Uncanny X-Force!