A foul plot unfolds from the depths of London, as bombs rock the city, the dead rise, and Her Majesty is not amused!

Discoer the dynamic detective duo Sir Maurice Newbury and Miss Veronica Hobbes, defenders of the Victorian Empire against threats both natural and supernatural.

“There is no doubting the talent on show in this book. Fans of Doctor Who or Holmes should find enough to quench their thirst.” – Comic Crusaders

Newbury & Hobbes
"Need to dismantle rogue automata, uncover plots against the crown, or put down a zombie infestation? Newbury and Hobbes are the Victorian duo to call on! Writer George Mann (Dark Souls, Doctor Who, Warhammer 40,000) brings his steampunk mystery novels to comics for their 10th anniversary, alongside Dan Boultwood (It Came!, The Phoenix)." 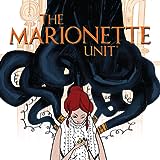 The Marionette Unit
The Marionette Unit is a thrilling and terrifying mystery, set in the murky heart of an alternate Victorian London. We follow Beatrice Shaw as she searches for her missing sister, Melodie. She infiltrates a hellish workhouse where steam-powered engines control workers' bodies, run by shadowy industrialist, Henri Dubré. She must find a way to confront him before all hope is lost of ever find 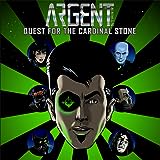 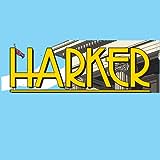 Harker: The Book of Solomon
Ritual murders! Serial killers! Cheese and pickle! The cult British indie comics detective series returns! Time Bomb is proud to present Roger Gibson and Vincent Danks' Harker: The Book of Solomon Part One. It's the first, full colour, sixty-eight page volume of a crime series that is a unique homage to classic tv detective shows, filled with humour, wit, adventure and devil worshippers. Oh, and 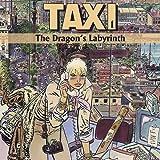 Taxi
Beautiful, fearless, resourceful and talented. That’s Taxi. One           night, a man named Nelson rescues her from an attack… and changes her           life. He works for a news agency called Control Press, and “recruits”           Taxi for his investigative team. In “The Dragon’s Labyrinth,” a           rampant disease is killing only black