With the opening of Ylum to all refugees, a new threat emerges: the intolerance of the Elvonics, the religion that cannot coexist with others. Mighty Nexus, absorbed in the birth of his son Harry, cannot be everywhere at once and the defense of Ylum falls to Tyrone and his little band of plucky irregulars.

Nexus' enemies choose this moment to launch an unfathomable attack on Harry, determined to erase the threat of any future Nexus. As Jil, Gladys, and Sundra battle vicious assassins, Nexus goes to the center of the Web to plead Ylum's case before the League of Planets. 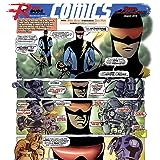 Nexus: The Comic Strip
One part victim, one-part hero, Nexus is forced by his dreams to act as executioner of the most violent mass-murders in the galaxy. Presented as a newspaper comics strip, in full color, with all the grand story excitement and expectant cliffhanger endings that made this once world-prominent art form so anticipated among every country over the entire globe.
Nexus
Nexus is the greatest avenger in history, but his power and purpose come from an alien race with their own agenda. Is Nexus hero or pawn? Deliverer or destroyer? God or devil? 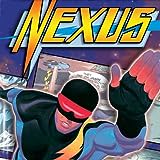 Nexus: Greatest Hits
"Greatest Hits," is an ideal jumping-on spot for new readers. Deftly combining back story with Nexus' present, Baron and Rude take the readers into the heart of ageless human drama and conflict. 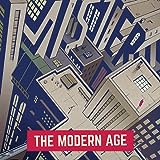 Mister X: The Modern Age
In the retrofuturistic metropolis of Radiant City, its mysterious creator, Mister X, must protect the city and its residents from the architecture of the city itself, which poses a danger to all those within it! Collecting every Mister X comic published by Dark Horse Comics, this trade includes Condemned, Excavations, and Razed, along with never-before-seen behind- the-scenes material! All of Dark