R. Kikuo Johnson has created an intimate and compelling graphic novel-length drama of young men on the cusp of adulthood. First-rate prep school, S.U.V., and a dream house in the heights: This was the island paradise handed to Loren Foster when he moved to Hawaii with his father six years ago. Now, with the end of high school just around the corner, his best friend, Shane, has grown distant. The rumors say it's hard drugs, and Loren suspects that Shane has left him behind for a new group of friends. What sets Johnson's drama apart is the naturalistic ease with which he explores the relationships of his characters. It is at once an unsentimental portrait of that most awkward period between adolescence and young adulthood and that rarest of things: a mature depiction of immature lives. Visually, Johnson captures the languid tropical climate and strip mall tackiness of Hawaii in a rich chiaroscuro style reminiscent of Milton Caniff combined with the sensual ink work of Paul Pope or Jessica Abel.

"Johnson's debut is not only remarkably assured but astonishingly fresh, one that refuses to trade in the usual hoary high-school cliches... Panels are shuffled together with a cinematic flair that highlights the florid emotions of adolescence far better than any battery of melodrama could. A dark, grand, sweeping dream of a book."--Kirkus Review

God and Science: Return of the Ti-Girls
Originally serialized in Love and Rockets: New Stories 1 & 2, "Ti-Girls Adventures" managed to be both a rollickingly creative super-hero joyride (featuring three separate super-teams and over two dozen characters) that ranged from the other side of the universe to Maggie's shabby apartment, and a genuinely dramatic fable about madness, grief, and motherhood as Penny Century's decades-long quest t 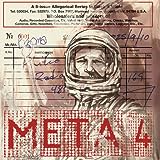 Meta 4
An amnesiac astronaut is helped by Gasolina, a muscular woman who dresses up as Santa all year round. As they travel New York City for one man's answers of self, it becomes an expedition to overcome barriers that stand between us and a recognition of our inner selves. TAG: IN TRUE MCKEEVER FASHION, META 4 IS A COMBINATION OF DISTORTED MYSTERY, DARK HUMOR, CONFLICT BOTH PHYSICAL AND MENTAL, AND FRI 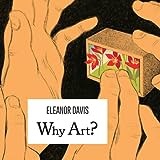 Why Art?
What is “Art”? It’s widely accepted that art serves an important function in society. But the concept falls under such an absurdly large umbrella and can manifest in so many different ways. Art can be self indulgent, goofy, serious, altruistic, evil, or expressive, or any number of other things. But how can it truly make lasting, positive change? In Why Art?, acclaimed graphic novelist Elea
East-West
Prolific comic book author Pierre Christin, who penned the game-changing classic sci-fi series "Valerian and Laureline," switches to autobiography here to bring us the thoughtful, enlightening tale of two vastly different lands, the American West during the civil rights movement and the counter-culture phenomenon, and the Eastern Bloc during the Cold War, as seen through the eyes of an inquisitive