Even as the Vikings invaded, conquered and colonized the North Sea, they did not leave the mainland untouched. They spread outward across Europe in search of land, wealth and glory.

A Norse blacksmith befriends a poor girl fallen in with corrupt Christian missionaries only to be banished. In “The Siege of Paris,” medieval warfare is seen through the eyes of a simple grunt as a massive army grinds to a halt against the walls of that ancient city. And an isolated Viking settlement on the Volga River falls prey to a violent contagion as the brutal Northern winter descends in “The Plague Widow.”

Writer Brian Wood (DMZ, Rebels, The Massive), with a lineup of acclaimed artists including Riccardo Burchielli (DMZ), Leandro Fernandez (The Old Guard), Simon Gane (They're Not Like Us) and others, brings his modern, stylish sensibility a thousand years into the past. Collecting issues #17, #21-28, #30-34 and #37-40, NORTHLANDERS BOOK 3: THE EUROPEAN SAGA is the third of three volumes chronicling the entire NORTHLANDERS saga!
See More See Less

DMZ
Aspiring photojournalist Matty Roth gets trapped in battle-weary Manhattan during America's second civil war. He takes a once in a lifetime opportunity to follow a veteran war journalist into the middle of the DMZ. But taking it leads to more than just a scoop...it leads to a whole new life.
Scalped
Fifteen years ago, Dash Bad Horse ran away from a life of poverty and hopelessness on the Prairie Rose Indian Reservation. Now, he's come back home to find nothing much has changed on "The Rez" in this gritty, gripping organized-crime drama. 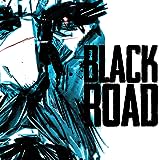 Black Road
Meet Magnus the Black, neither clean nor sober, neither Christian nor Pagan, but a man true to his word. When a ranking official under his care is brutally murdered, he's prepared to hunt the killers to the frozen tip of Norway, religious war be damned. Northlanders creator BRIAN WOOD returns to the Viking genre along with artist GARRY BROWN (The Massive, Catwoman) and DAVE McCAIG (Batman, Amer
100 Bullets
If a stranger offered you a chance to get away with murder...would you take it? In this dark, multiple award-winning crime series, ordinary citizens are given the opportunity to exact revenge on a person that has wronged them. Guaranteed full immunity, what would you do?