ODY-C, modeled after Homer's Odyssey, is a psychedelic, gender-broke science-fiction epic that tells the story of three legendary warrior-queens, Odyssia, Ene and Gamem, returning home after a centuries-long battle. Told in verse with a visual sensibility that redefines the very possibilities of the comics medium, this gloriously oversized hardcover also has exclusive bonus materials including essays by classicist Dani Colman, teaching aids, and a massive 10-page fold-out previously only available in the sold-out first issue. "FRACTION and WARD are doing wildly imaginative work combining fantastic Greek mythology with futuristic science fiction, and the book has a visual sensibility unlike anything else on the stands."— A.V. Club 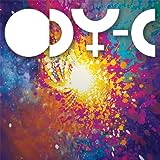 ODY-C
An epic 26 centuries in the making: In the aftermath of a galactic war a hundred years long, Odyssia the Clever Champion and her compatriots begin their longest, strangest trip yet: the one home. A gender-bent eye-popping psychedelic science fiction odyssey begins HERE, by MATT FRACTION (CASANOVA, SEX CRIMINALS, SATELLITE SAM) and CHRISTIAN WARD (INFINITE VACATION, OLYMPUS). 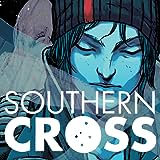 Southern Cross
NOW BOARDING: Southern Cross, tanker flight 73 to TITAN! Alex Braith is on board retracing her sister's steps to the refinery moon, hoping to collect her remains and find some answers. The questions keep coming though-how did her sister die? Where did her cabin mate disappear to? Who is that creep across the hall? And why does she always feel like she's being watched? Inspired by classic mysteries 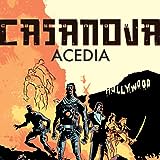 Casanova: Acedia
Marooned in Los Angeles with no memory of his past, Casanova Quinn takes on the mystery of his criminal benefactor's tangled and bloody history-as strange occult forces from the future conspire to... do stuff? To him? To Los Angeles? To you? YES.
Casanova
Casanova Quinn, a decadent thief and black sheep to the most famous family in global super-espionage, gets kidnapped across parallel dimensions where survival means masquerading as the greatest secret agent the world has ever known...Casanova Quinn.
God Hates Astronauts
RYAN BROWNE'S (MANHATTAN PROJECTS, BEDLAM) farcical cult-sensation returns with a new story: perfect for new readers! A NASA funded group of arrogant "super people" must stop a rash of farmers that have been using rocket-powered silos to launch themselves into outer space! As these Astro-Farmers fire themselves all over the galaxy, NASA must utilize their every resource (A guy with a ghost-cow hea