One Thing And Another

Sequential bric-a-brac. A collection of three stories built up from household objects, found materials and other ephemera.

Which is all very well, but given the number of blessed elephants on the cover, I'd have expected more elephants inside. Instead of which, there's some murky stuff about outer space or flowers, and something about this wooden man who reckons to be a king or something. And a dreadful little creature with big ears, it throws a frozen chicken at a ballerina at one point, I think. I suppose it's a "statement".

Which might be some people's cup of tea, I suppose, but I'd have liked more elephants.
See More See Less 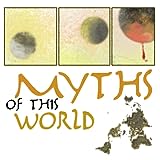 Myths of this World
A collection of modern stories with their roots in traditional tales and myths - from Australia, North Africa, Ireland, China, Tibet and elsewhere. 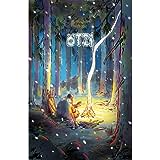 Ötzi
Ötzi is a story of the the last living days of the famous "Iceman of the Alps", a mummy discovered by hikers in the Italian Alps in 1991. Ötzi's quiet way of life is interrupted one day when the village he lives near is raided by outsiders. While he manages to save an innocent life, he quickly realizes he is one against many and flees into the foothills of the Italian Alps wi 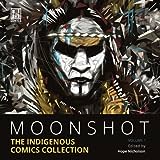 Moonshot: The Indigenous Comics Collection
Edited by Hope Nicholson (Brok Windsor, Lost Heroes, Nelvana of the Northern Lights), MOONSHOT brings together dozens of creators from across North America to contribute comic book stories showcasing the rich heritage and identity of indigenous storytelling. From traditional stories to exciting new visions of the future, this collection presents some of the finest comic book and graphic novel work