Wrapped in a beautiful cover by James Groeling, this anthology starts off with PJ Harper's multi-character introduction. Next, in V2.3 of the epic graphic novel, Tracy Queen learns about Nikola the racoon's past-and how he deals with his trauma. Next, follow teen rocker "Finn: Guardian of the Five Gates" into a realm where the mistakes of her parents mean only she can save the world...again. Then, the Zee Brothers face their fears when they set off to help a homeowner with a zombie infestation in "The Case of the Zombie Omelet," Part 2.

Float into a beautiful meditation about dissociation and identity in the haunting short comic, "Far Away." Then explore friendship's healing powers, whether real or imaginary, in "My Giant Strange Friend." Discover a redemptive graphic novel that transforms a chicken wrestler into a savior in the introduction to "Mr. Guy: Zombie Hunter." And journey into a supportive yet dangerous adventure with a polyamorous trio in the first half of "Detour."

Next, enter a world where medicine, addiction, and blood have become complicated bedfellows in "Ziegler Box." Return to the vast fantasy universe of Children of Gaia with "Carrying Iron's" shady Terran underworld. Then, Oneshi Press debuts its Poets and Artists series as the haunting poem about grief and survival, "Lungs and the Ghosts of Lungs," becomes sequential art. In "A Tale of Good Intentions," a superhero realizes that trauma doesn't have a quick fix. Next, the first installment of "Quantum" finds a Northern Cheyenne woman grappling with a missing sister and newfound superpowers all at once. Finally, begin the third arc of PACK with the gentrification of these stray vigilantes' mean streets.

These pages are packed with beauty and redemption, and are sure to help you find your own!
See More See Less 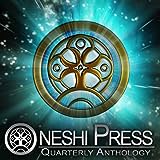 Oneshi Press Comics Anthology
At Oneshi Press, our passion is creating stories that explore dark corners, shatter taboos, emphasize progressive ideals, and immerse you in intricate worlds. We’re inviting you into them to explore with our Quarterly Anthologies—an ongoing series that shares some of Oneshi Press's comics and graphic novels (like Tracy Queen and PACK), alongside other progressive, immersive, and gorgeous works 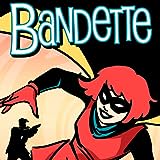 Bandette
The adventures of Bandette, a young costumed "artful dodger", leader of a group of urchins dedicated to serving justice, except when thieving proves to be a bit more fun. The story of Bandette treads a thin line between Tintin and Nancy Drew, with a few costumes thrown in. Bandette and her crew at turns join forces and cross swords with the mysterious master thief known only as Monsieur, and one B 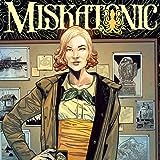 Miskatonic
The hit series returns! The horrifying events in the Miskatonic Valley have torn apart retired detective Tom Malone and ex-FBI agent Miranda Keller. Miranda tries to escape a Deep One concentration camp and a traumatized Tom is obsessed with finding and freeing her. But soon they both start sharing dreams of Cthulhu, a monstrous entity in the South Pacific who will soon awaken and bring about t