In the incredibly distant future, a new civilization has uprooted in the Sol System. A civilization that has been null of war for over 400 years. However, their time of peace was cut short by an adversary attempting to "reclaim" the Earth, now called Yoruba. To protect themselves, the Yorubans must now go back to the ways of war.

Orisha Exos®™ takes place in the year 2650 a.d. 450 p.gp. The world isn't the same place that it once was 600+ plus years prior. The environment is different, as well as the eco-system. The people of Yoruba, are at peace now and technologically advanced. However, the ethnicities that once populated the blue planet are now more segregated than they were during the 20th and 21st centuries. Because during the Great Purge of 2200, certain people left the planet, a planet that had poisoned itself to get rid of us because of our destructive ways. They left those that they deemed impure, behind to fend for themselves.
See More See Less

Ayanmo Stigmata
Ayanmo Stigmata is about a former Tuskegee Airmen who was drug to the other side of the galaxy, incidently, by two battling "foo-fighters." Unfortunately for him, being the only Gaian there, he became a bounty, only later to be chosen by the top Bounty Hunter organization to lead a team to go after the top 100 bounties in the galaxy.
TEMPLE High: Welcome to Soaribahn Academy!
Soaribhan Academy, or what it has affectionally come to be called: TEMPLE High, is a place for those who are in their school ages who have come to gain special abilities, whether its through birth, accidents, celestial intervention or training. Those that are Phenosapien, Mage and/or Xenith. It is a safe place, for those students to train to learn more about themselves and their abilities but, mo
Cypher Team
Cypher Team is a unit comprised of five of the most lethal Xeniths on the face of the Earth. This unit is ranked in the top spot amongst a large group of units that are part of the command known as TEMPLE Special Operations Command (TEMSOC). Their ultimate goal is to protect the world from Xeniths who have ideas of harming people with their abilities. As well, they are the standing force between t 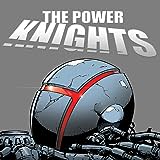 The Power Knights
Pawns of a tyrannical king, Metal Star, Bluzara, Dragon Blaze, Camouflage, Princess Raxi and Warseed were forced to use their special powers to wage war on hundreds of worlds in the outer universe. Through mysterious intervention, they are reawakened on Earth free of the king's grip. Vowing to not interfere with the affairs of mankind, they retreat into a reclusive life to ponder their atrocious