Ötzi is a story of the the last living days of
the famous "Iceman of the Alps", a mummy discovered by hikers in the Italian Alps in 1991. Ötzi's quiet way of life is interrupted one day when the village he lives near is raided by outsiders. While he manages to save an innocent life, he quickly realizes he is one against many and flees into the foothills of the Italian Alps with the raiders in pursuit. His last days in solitude give him time to reflect on his life, as he prepares himself for what will be a fateful encounter.
See More See Less 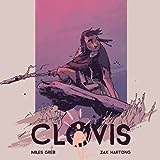 Clovis
On a cold morning in North America, 12,000 B.C, a young mother buries her child. Alone, she sees a new sight - a plume of dark smoke drifting over the distant glaciers. Hoping its appearance is connected to her son, she follows it. By luck, she befriends a giant sloth, and the two trek the expanse of the north, tracking the dark drifting plume. 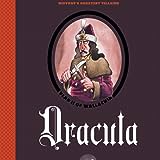 History's Greatest Villains
Everyone knows about Dracula the vampire, but have you ever heard of Voivode Vlad Dracula of Wallachia? Perhaps you know him better by his nickname: Vlad the Impaler! The bloodthirsty prince was the inspiration for Bram Stoker's notorious character, but although the real Dracula gained infamy for his favorite method of executionâ€”impalingâ€”few know the true details of his life. Swysen and SolĂ© 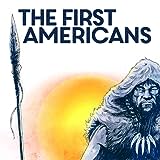 The First Americans
At the end of the Ice Age 14,000 years ago and on the verge of starvation, a Tribe of Paleo-Indians travel across from Siberia into North America to hunt an elusive pack of Mammoths; but when they fail to hunt down the beasts, the tribe members must adapt to their new surroundings before becoming extinct. 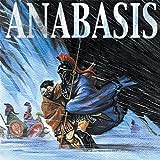 Anabasis
In 401 B.C. Xenophon and twelve thousand cheated Greek mercenaries find themselves stuck in the middle of the worldâ€™s largest empire, Persia. Betrayed, outnumbered and besieged. The king gives them two options; surrender unconditionally and face a life of slavery or die. They decide to take the third option and fight their way home!