Out of the Blue

Series
Out of the Blue

A WAR IS A DIFFICULT THING TO KILL
The Second World War is almost over, but no one seems to have told the Germans — as Royal Air Force pilot Jamie McKenzie finds out when he’s assigned to deadly shipping strikes along the enemy coast.
Flying the Mosquito fighter-bomber against heavily armed targets is dangerous enough at the best of times, but after incurring the wrath of his vengeful commanding officer, Jamie is assigned the most unpopular navigator in the unit — not to mention the least reliable aircraft. Worse still, the commander’s sights are firmly set on Jamie’s beautiful young wife, Beth. 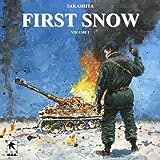 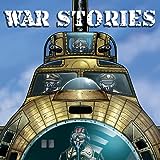 War Stories
Garth Ennis' War Stories find a new home at Avatar Press! Pulling tales from real conflicts throughout modern history, this series is where a master storyteller brings the horrors of war to life in comics. Ennis travels the timeline to pull some of the most harrowing tales of valor and bloodshed from history's most violent battles with his trademark wit and spot-on dialogue to show the humanity
Johnny Red
Legendary British fighter ace, Johnny 'Red' Redburn, returns once more as the commander of the Falcons – a Russian fighter squadron battling the Nazis in the skies over Stalingrad. But dogfighting Messerschmitts is about to become the least of his troubles when the NVKD – the notorious Soviet secret police – come calling! 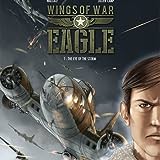