What would you do for revenge?

Akta is the greatest monster hunter in all of King Odgeir's kingdom.

She's smart, fast...oh and she's also a pixie, a magical race that can disappear and reappear at will using magical pixie dust.

King Odgeir is obsessed with using Akta's pixie dust to create a race of super soldiers, but Akta refuses to give it up, so King Odgeir poisons Akta and takes it for himself.

Akta, however, vows revenge and makes a deal with Velaska, the queen of the underworld, so she can return to Earth and seek revenge on the king that killed her.

The only problem is that time moves differently on Earth than in Hell, and when she returns to Earth her body has been decomposing for a week.

Now, she must kill the king before her body falls apart, or risk spending eternity in Hell.
See More See Less 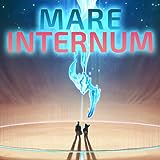 Mare Internum
No man is an island, but Dr. Michael Fisher, a disgraced planetary geologist living on Mars, has never felt more isolated. The situation worsens when both he and Dr. Bex Egunsola, the station's newest biologist, accidentally break through the floor of an unstable lava tube into an ancient subterranean world... and they are not alone. Is this purgatorial abyss a prison or a sanctuary? Genuine or 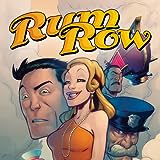 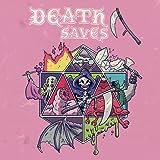 Death Saves
"Death Saves: Fallen Heroes of the Kitchen Table" collects 17 all-new comic book stories about what happens when fantasy gaming characters run out of hit points. With centuries of combined gaming experience between the creators, each comic explores the time-honored tradition of killing player characters in unique, and often unexpected ways. Some of the tales in "Death Saves" are funny, others t 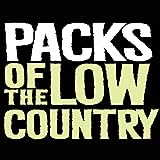 Packs of the Lowcountry
It has been sixteen years since nightmarish creatures invaded the earth. Their origin remains a mystery. And as if an invasion of bloodthirsty monsters wasn't ridiculous enough, there are rumors of men and women who have become something more than human. As the years wore on, blame and mistrust cleaved what little cooperation once united the remaining tribes of man. Bastion Conroy lives in the