Series
Plainer Jane, Vol. 1: A Means to an End

The darkly comic story of Jane Pearson, a seemingly ordinary teenage girl who becomes a brutally efficient killer for hire.

With no training, no special skills, just her own cunning, brutality, and fearlessness, Jane leaves a trail of bodies behind her, ultimately going head to head with the feared and secretive criminal gang, The Nexus, in a war that could ultimately cost not only her life but the lives of everyone she loves. 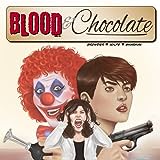 Blood and Chocolate
After participating in a new drug trial, Frances Joiner thinks her days of anger issues and hallucinations are behind her, and she can finally lead a normal life. Unfortunately, now a harmless piece of chocolate transforms her into an eight foot grizzly bear. An eight foot bank robbing grizzly bear. With the FBI hot on her heels and the realisation that she may not be the weirdest thing in town, c 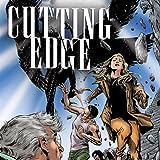 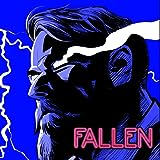 FALLEN
A god is murdered in 1980's New York City, it's now up to immortal private detective Casper Clay to find the killer. 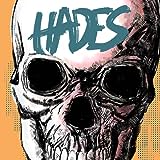 Hades: Change Management
Michael meets the god of the underworld. And that will mess up his life a lot... because... sometimes a promotion is more than you might be able to handle.