From critically acclaimed author Warren Ellis (THE AUTHORITY, TRANSMETROPOLITAN) and artist John Cassaday comes the ultimate collection of PLANETARY in PLANETARY BOOK ONE.

This book Collecting collects the adventures of Elijah Snow, a powerful, hundred- year-old- man, Jakita Wagner, an extremely powerful but bored woman, and The the Drummer, a man with the ability to communicate with machines. Infatuated with tracking down evidence of superhuman activity, these mystery archaeologists of the late twentieth century uncover unknown paranormal secrets and histories, such as a World War II supercomputer that can access other universes, a ghostly spirit of vengeance and a lost island of dying monsters. 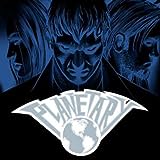 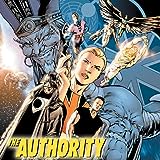 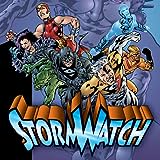 Stormwatch
Created by Brandon Choi and Jim Lee, get ready for StormWatch, the world's most elite anti-terrorist super powered strike force. Consisting of Battalion, Synergy, Winter, Fuji, Hellstrike, Strafe, Diva, and Weatherman One, they will protect the Earth at all costs.
Global Frequency
Miranda Zero, the mysterious leader/benefactor/recruiter of Global Frequency is a woman with a mission. She saves people. She and 1,000 others make up the most diverse team of specialists the planet has ever seen. Their job? To save the world, usually before anyone else notices there's a problem. 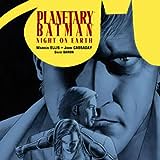 Planetary/Batman: Night on Earth
The Planetary team tracks a man responsible for some grotesque deaths to Gotham, home of the Batman--who doesn't exist in the WSU. Elijah, Jakita and the Drummer get caught in a warp and meet many versions of Batman--all of whom are determined to bring the killer to justice...out of Planetary's hands!