There's animal. There's vegetable. And there's somewhere in between.

That's where Dr. Pamela Isley, a.k.a. Poison Ivy, finds herself. Instead of battling the Dark Knight, she is now a researcher at the Gotham Botanical Gardens, studying the possibility of creating plant-human hybrids.

But when her fellow scientists start turning up dead, she's both the natural leading suspect...and the only person (or plant) who can crack the case.

To solve the mystery, Poison Ivy must team up-or throw down-with her oldest friends and closest frenemies, from Harley Quinn to Catwoman to the Swamp Thing. Can she keep things under control, or will she be responsible for a deadly new harvest? 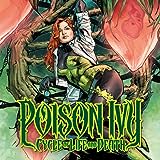 Poison Ivy: Cycle of Life and Death (2016)
Life. Death. Poison Ivy has power over both. But can she keep her friends and hold down a regular job at the same time? As Dr. Pamela Isley, she joins the prestigious plant sciences department at Gotham Botanical Gardens, but things quickly get complicated when a fellow scientist is murdered and it looks like the work of Ivy. Don’t miss the start of this new 6-issue miniseries!

Harley Quinn & Poison Ivy (2019-2020)
Harley Quinn and Poison Ivy are taking their show on the road in this new miniseries! They’ll have to evade villains and heroes alike while they explore their relationship and unpack their time and experiences at Sanctuary. Set after the events of HEROES IN CRISIS and smack in the middle of “Year of the Villain,” it’s a journey across the DC Universe that will change their friendship forev
Gotham City Sirens
Catwoman, Poison Ivy and Harley Quinn have a new agenda, ditching the men in their lives and striking out in their own unique ways. Tired of playing by other people's rules, they've banded together. For mischief, or maybe something more...?
Harley Quinn (2000-2004)
From the small screen to the comic book page, Harley Quinn stars in her own self-titled series! First appearing on "Batman: The Animated Series," the Joker's on-again, off-again girlfriend Harley has taken the comic book world by storm, and now she's looking to cause some chaos all across the DC Universe, from Gotham to Metropolis and beyond!
Starfire (2015-2016)
From the writers of the outrageous smash hit HARLEY QUINN comes former Outlaw Starfire in her all-new ongoing series! She's an alien warrior princess trying to find peace on Earth, and she'll fight anyone and anything to get it!