Power Man and Iron Fist Vol. 1: The Boys Are Back In Town

The best buddy team in comics, reunited at last! Luke Cage and Danny Rand, the Heroes for Hire turned Avengers, are going back to street-level basics — and there's a mystery to solve that will draw in crime lords, hired goons and old friends! But which of the three pose the most trouble? The Big Apple may end up poisoned by magic unless Luke and Danny can put a stop to whoever is wielding the mystical Supersoul Stone! Business starts to boom, with a flurry of big-hitting, kung-fu-fighting action. Luke brings the power, Danny brings the fists — you bring the snacks!
See More See Less

Luke Cage (2017-2018)
Collecting Luke Cage (2017) #1-5. The man who made Luke Cage into the unbreakable hero he is today, Dr. Noah Burstein, is dead. But when Luke heads to New Orleans for the funeral, it turns out that there may be more to his father figure's death than he realized. Shady billionaires, amped-up gangs, and a shadowy figure from his past propel Luke into a world of mystery. The hunt he begins may end
Iron Fist (2017-2018)
THE GAUNTLET STARTS HERE! K'un Lun is in ruins. The chi fueling Danny's fists is wavering. Is there a future for the Iron Fist? Danny Rand pushes himself to the breaking point, finding fights to prove his worth. But a bigger fight than he can handle may have found him…
Immortal Iron Fists (2017)
Collects Immortal Iron Fists #1-6. There's a new Iron Fist in town: the young kung fu monk Pei! And Danny Rand is ready to teach her everything she needs to know about harnessing her chi and being a hero. But can he teach the young native of K'un-Lun how to fit in at a New York City public school? And what about all the mysterious monsters that keep trying to destroy the Big Apple? Trouble is c 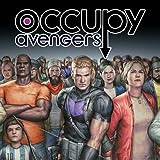