What makes a hero? Is it his actions, or is it the results of those actions? POWERLESS explores what it means to be a hero in very human terms. By re-imagining Marvel's most popular characters without superhuman powers, this story strips down to the core heroes we have all come to know and love. These characters - including Peter Parker, Matt Murdock and Logan - were fated to be heroes. Just because Peter Parker wasn't bitten by a radioactive spider doesn't mean he didn't do battle with a madman named Norman Osborn. Matt Murdock? Blinded, yes - but with no heightened senses. However, he did become a legal champion of the poor in Hell's Kitchen, and he did cross paths with Wilson Fisk, the Kingpin. And Logan is, of course, the enigmatic - and amnesiac - drifter on the run from his past. 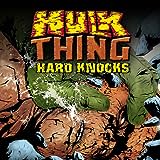 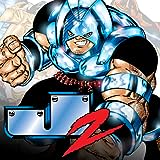 J2 (1998-1999)
The saga of J2 begins! Zane Yama is a young man destined for a super powered life- after all...he is the son of the Unstoppable Juggernaut! 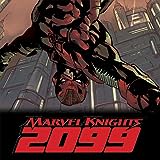 Marvel Knights 2099
Collects Marvel Knights 2099: Daredevil #1, Black Panther #1, Inhumans #1, Punisher #1, Mutant #1. Marvel Knights - founded in 1999 - has been a symbol of cutting-edge quality not just for Marvel, but also for the entire industry. Now, on the fifth anniversary of this imprint, Marvel is shooting 100 years from the start date for a special event - MARVEL KNIGHTS 2099. The five stories contained 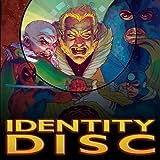 Identity Disc (2004)
When six of Marvel's most violent and cunning villains join forces, the fate of every hero in the world is at stake. Sabretooth, Bullseye, the Juggernaut, Deadpool, Sandman and the Vulture -- are forced to work together by a mysterious agent who somehow knows every dark and dirty secret in their violent lives. Their mission: to retrieve the nearly priceless Identity Disc -- purported to contain th