Two years ago, Raven Xingtao was locked in a tower and denied her birthright thanks to the scheming of her brothers.  After she was freed, she set out to reclaim what was hers and get her revenge.  It has been a long time coming, but after tonight the job will be halfway done.

On Golden Rock there is a beautiful fortress and at the heart of that fortress is Raven’s brother, Magpie.  Unfortunately, between Raven and Magpie is every sword swinging, tough as nails pirate that sails under Magpie’s flag and Raven has a crew of about a dozen.  The only way to get in the same room and face her brother is in disguise.  Now, if things go south, there’s an army between Raven’s crew and their boat.  And in plans like this, things always go south eventually.
See More See Less

Princeless- Raven: The Pirate Princess
Spinning right out of the pages of Princeless, it's the ongoing adventures of Raven Xingtao, The Pirate Princess. Raven if ready to set off on a quest for revenge against her brothers who have stolen her inheritance, but first she's going to need a crew...and the last of her money that that girl just stole. Go get her, Raven! 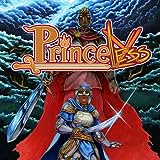 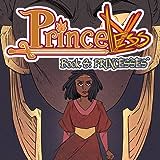 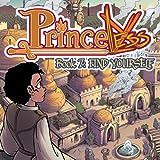 Princeless: Find Yourself
With Bedelia left behind, Adrienne and Sparky are on their own for the first time since they left the tower…and it’s not going well.  Alize’s castle is somewhere in the Great Southern Desert, but they can’t find it!  They’ve been lost in the desert for days and when tempers flare, Adrienne may find herself alone and in peril on her quest.  But what waits for her in the desert is more
Princeless: Make Yourself Part 2
When last we left Adrienne Ashe she was cornered in a snowed in cave with two of the knights who've been hunting the mysterious knight who they are about to discover is ACTUALLY her!nWhen last we left Bedelia Smith, she was putting herself between their friendly dragon Sparky and her giant and dangerous dragon mother. nWhen last we left Devin Ashe he was leading a team of new friends through the