Five years ago, during a hunt that lasted for several weeks, the superhero known as Psypher finally confronted and battled the terrorist known as Living Nightmare. During this battle, the hero managed to distract and trap the Living Nightmare long enough for the police to unmask and arrest this madman. His real name was Mark Beauredin and he was a low level chemist at GL Motors.

Psypher, however, got fatally injured during the battle and died right there on the spot of his last victory, after almost twenty years in service of the people of New Steed City. He was revealed to be Jonathan Spade, a small time physics teacher from Ohio and his heroic deeds awarded him a posthumous badge of honor.

Five years later a series of terror attacks, not unlike those the Living Nightmare was responsible for, rock the nation. While Beauredin himself is still in prison, it looks like somebody else has taken up his mantle and continues his work. But rumor has it a mysterious cloaked figure has been seen lately, stalking the criminals. Now the people of New Steed City are asking if Psypher is back, if he survived his battle with Living Nightmare or if somebody else has taken over the identity of the hero.
See More See Less 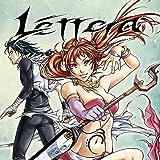 Lettera
Garnet Rune is a powerful witch with a bad attitude. After ticking off the wrong person, she's cursed so that whenever she uses her magic, a poisonous tattoo is etched into her flesh-enough tattoos, and the poisonous ink will kill her. Of course, instead of taking this as an opportunity to right past wrongs and fix her behavior, Rune sets off on a quest to find the witch who cursed her and make he 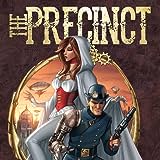 The Precinct
In the sprawling, steampunk metropolis of the big city, it's up to one group to keep the peace and uphold the law-the officers of The Precinct! Mortimer Hill is a veteran officer who has busted his fair share of criminals, but when mechanical monsters start causing trouble he'll need to use all his wits (and brawn!) to get to the heart of the mystery. Along with his new partner-a representative 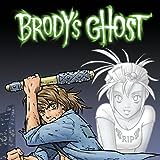 Brody's Ghost
Brody hoped it was just a hallucination. But no, the teenaged ghostly girl who'd come face to face with him in the middle of a busy city street was all too real. And now she was back, telling him she needed his help in hunting down a dangerous killer, and that he must undergo training from the spirit of a centuries-old samurai to unlock his hidden supernatural powers. Thirteen-time Eisner nominee