Delivering justice from New York to Japan! Gary Saunders is on death row — but the law doesn’t move fast enough for the Punisher! The kids at Malcolm Shabazz High School had better behave for their new substitute teacher: Mr. Castle! But how does that lead to Frank trying to topple the Kingpin? He’s determined to take down Wilson Fisk once and for all — and it’s all building to a brutal face-off! Then, Frank heads to Las Vegas in search of an assassin! A knockout round in the boxing ring leads to an encounter with the ninja Shadowmasters, and he’ll team up with Moon Knight when Atlantis Attacks — but what is the Punisher’s part in the Evolutionary War? Plus: Frank takes on a war journal’s worth of drug dealers, mobsters and criminals!
See More See Less 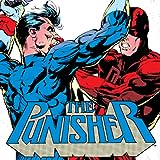 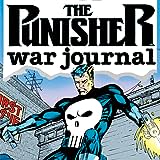 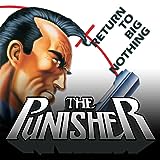 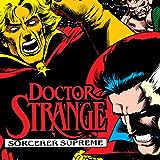 Doctor Strange: Sorcerer Supreme (1988-1996)
When dangers from the occult and mystical realms rear their ugly heads, Doctor Stephen Strange, the Sorceror Supreme, is there to protect our reality from forces that would aim to end or enslave it.